Prof. Dr. Julia Pérez-Prieto is the leader of the Photochemical Reactivity Group at the Institute of Molecular Science of the University of Valencia. She was the President of the European Photochemistry Association from July 2016 to July 2018. She has published more than 175 papers in reputed journals and has been serving as an editorial board member of repute. Prof Pérez-Prieto’s research interests are currently focused on the design and synthesis of new photoactive materials, such as organolead halide perovskites, gold nanoparticles and gold nanoclusters, and upconversion nanoparticles to address major challenges in sensing, imaging, therapy, and sustainability.

Design and synthesis of new photoactive materials, such as organolead halide perovskites, gold nanoparticles and gold nanoclusters, and upconversion nanoparticles to address major challenges in sensing, imaging, therapy, and sustainability.

Jianqi Zhang has completed his PhD at the age of 36 years from the University of Central Florida. He continued postdoctoral studies at Massachusetts Institute of Technology. He currently serves as a Professor and the Director of Foreign Affairs at Inner Mongolia University of Science and Technology, China. He has published more than 80 papers in reputed journals and 4 books.

Herbert Gleiter received his Ph.D. in Physics. In 1973, Gleiter became Chair Professor of Materials Science and founded in 1988 today’s Leibniz Institute of New Materials at Saarbruecken, Germany. In 1994, he was appointed Member of the Executive Board of the Research Center Karlsruhe, Germany, and 4 years later he became the Founding Director of the Center’s Institute of Nanotechnology. In 2012 the Chinese Academy of Sciences and the University of Nanjing founded the “Herbert Gleiter Institute of Nanoscience” and appointed him as the Institute’s Founding Director.

Nano-glasses: A New Kind of Non-crystalline Solids with New Applications in Technology and Medicine 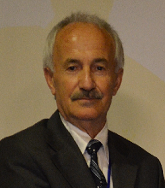 Dr Adiguzel graduated from Department of Physics, Ankara University, Turkey in 1974 and received PhD- degree from Dicle University, Diyarbakir-Turkey in Solid State Physics with experimental studies on diffusionless phase transformations in Ti-Ta alloys in 1980. He has studied at Surrey University, Guildford, UK, as a post doctoral research scientist in 1986-1987, and He studied on shape memory alloys. He worked as research assistant, 1975-80, at Dicle University, Diyarbakir, Turkey. He moved to Firat University in 1980, and became professor in 1996, and He has already been working as professor. He published over 50 papers in international and national journals; He joined over 100 conferences and symposia in international and national level as participant, invited speaker or keynote speaker with contributions of oral or poster. He served the program chair or conference chair/co-chair in some of these activities. In particular, he joined in last five years (2014 - 2016) over 50 conferences as Keynote Speaker and Conference Co-Chair organized by different companies. He supervised 5 PhD- theses and 3 M.Sc- theses He supervised 5 PhD- theses and 3 M.Sc- theses. Dr. Adiguzel served his directorate of Graduate School of Natural and Applied Sciences, Firat University, in 1999-2004. He received a certificate which is being awarded to him and his experimental group in recognition of significant contribution of 2 patterns to the Powder Diffraction File – Release 2000. The ICDD (International Centre for Diffraction Data) also appreciates cooperation of his group and interest in Powder Diffraction File.